Simply put, bitcoin miners are people who participate in the process of verifying and adding bitcoin transactions to the public ledger known as the blockchain.

In the process of approving transactions and adding it to previous blocks on the blockchain, bitcoin miners help keep the Bitcoin network secure, and are rewarded with bitcoin for the use of power and resources.

These are not done by hand, but by machines, also known as miners. Hence, bitcoin miners are specialised computing hardware, as well as the people who own and run them.

One of the great features about the Bitcoin Network, or the blockchain rather, is its transparency.

The public ledger is called public for a reason, as all transactions involving bitcoin are displayed full view in real-time. There is no need for any account registration and logging in. It is simply…public!

To view these transactions, click on https://blockchain.info/ to open and view this on a new tab in your browser. Right there, on the front page itself, under the heading Latest Transactions, is a list of ongoing transactions happening in real-time. Clicking on the bitcoin figures to the right of the transaction IDs toggles the value transacted between values in bitcoin and in USD.

A summary of what goes on on this screen is described in the image below.

The miners are shown in the mining pool stats found at https://blockchain.info/pools. The pie chart is updated every 10 minutes and shows the hashrate distribution amongst the larger mining pools in the world. Smaller miners are not usually listed, and hence the chart shows only an approximation close to 100% accuracy at best. Miners whose origin cannot be determined are listed under Unknown in the chart.

The block count as relayed by the various mining pools is listed in order of decreasing quantity below the chart. See the image below for a quick explanation.

So, can anyone get into Bitcoin Mining?

In the earlier years when bitcoin first started, it was feasible to mine bitcoin with your home computer. As mining difficulty was lower then, it was still possible to do mining using a laptop with a fairly powerful CPU or graphics card.

However, as the number of miners grew over the years, the rising mining difficulty made it increasingly hard to carry out mining from home.

Mining is after all, a competition amongst other miners worldwide, and those who have more powerful and power-efficient mining equipment stand to solve the block puzzle quicker, leading to more bitcoin as reward.

With more transactions and miners getting on board over time, the rate of block creation increases, which in turn increases the difficulty of finding a new block, all automatically throttled by the protocol in an endeavour to keep the rate of solving the block puzzle consistent.

These days, it is no longer profitable or practical to mine bitcoin with simple computing hardware and graphics card.

Based on the amount of bitcoin mined in a given month and the current mining difficulty, the amount of electricity consumption and required constant cooling usually result in overheads that cost so high it becomes impractical.

Professional bitcoin miners use special purpose-built mining hardware known as ASIC (Application-Specific Integrated Circuit) miner, which does only one thing, and does it well – and that is bitcoin mining.

As you will later see in How to Mine Bitcoin, having the most powerful and power-efficient hardware as well as access to cheap electricity are keys to profitable bitcoin mining. 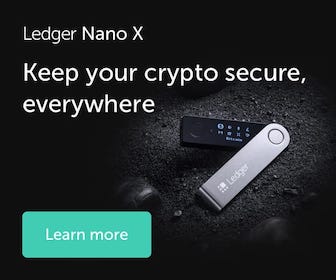