Will bitcoin’s mainstream adoption see the light of day? Until that day arrives, is there a suitable time for selling your BTC and cashing out?

Some cryptocurrency investors trade bitcoin and other altcoins in and out of the market on a daily basis to make quick short term profits. Others plan to HODL bitcoin for the long term.

When then, for these HODLers, would be a good time to sell their bitcoin?

HODLers are people who HODL, an endearing term which is explained here. 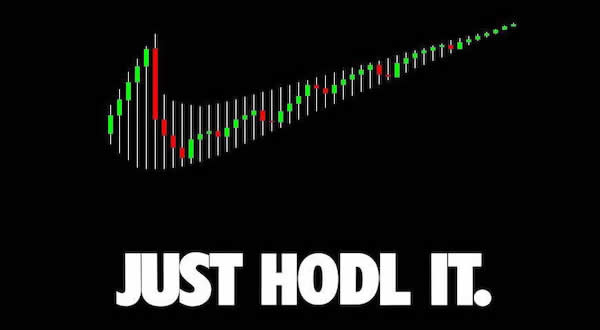 DISCLAIMER: The following is an opinion piece and not to be construed as financial advice.

For the HODLers, some of the options for consideration are as follows:

There isn’t really a correct or wrong option, and as we will discuss below, the choice will somewhat depend on a few factors. Let’s consider each of the scenarios above, and the reasons why we would pick each.

When Should I Sell My Bitcoin?

This is one of the likely routes you may take if you had entered at the previous all-time high and is looking for a time to cash out to end any possible risk of being back in the red in the future. However, doing so would end the reason for being invested into bitcoin in the first place.

If you had bought a bunch of bitcoin in the low hundreds or even the low thousands, selling 1 or 2 BTC at $20,000 sounds like a good way to take profit or regain back some (or all) of your capital, thus reducing (or eliminating) your investment risks.

If you’re a long-term investor or HODLer, you could be looking at the $100,000 mark before you decide to take some profit.

If you would like to eliminate risk and still be in the game, you could sell 0.05 BTC to recoup back your entire capital, and keep the remaining bulk of 0.95 BTC. That’s still plenty of skin in the game, now with zero risk.

We’d like to believe John McAfee’s $1 million prediction by end of 2020, but we’re more conservative and prefer to take Tim Draper’s $250,000 projection by 2022 with more grains of salt.

Nevertheless, we’ve seen how cryptocurrencies have behaved over the last so many years, and do not discount McAfee’s prediction entirely. Outlandish as it may be, we’d like to keep this figure for another 5 years or so. Not 2020.

$1 million just seems like a nice round figure to cash out, in part or in total.

Use Bitcoin As Currency After Mainstream Adoption

In this scenario, we are of course assuming the entire Bitcoin project succeeds as intended, and it enters into mainstream adoption eventually and lands in the hands of a large number of the world’s population.

We suppose that by the time it gets way before the $1 million mark, it could likely have been in mainstream adoption. Let’s say at $500,000.

Assuming bitcoin hasn’t yet shed its volatility yet at this point and continues to climb to $1 million, you could probably have all the coffee and fancy dinners you want for your entire life and the next.

Amidst Speculations and Assumptions

Of course, the above scenarios are all conjecture at this point, but it’s not as far-fetched as anyone who has been in the cryptocurrency space long enough would think or imagine.

There are less than 4 million Bitcoin left to mine. What do you think the value of the last Bitcoin will be? Thousands of miners spending, in some cases, millions of dollars each to find it. Can the value be less than the effort? The value would have to be hundreds of millions.

We have also made some assumptions that bitcoin will continue to reach new highs over time as had been demonstrated over the last decade. As it gets into the hands of more people eventually, it would reach critical mass, be less volatile approaching that of the forex market or precious metals. We project bitcoin mass adoption to only be a matter of time.

We often get questioned a lot about when the right time to sell bitcoin is. There isn’t a direct “one size fits all” answer to this. Different people have different risk appetites and risk aversions, with different investment profiles and portfolios, as well as different buy-in prices and capital allocations.

With the emergence of digital sovereign currencies in the offing, HODLers could also see their BTC as a store of value, and convert out to spendable digital currencies along the way.

With bitcoin rising over previous yearly lows every year, this way of cashing out could just be the best way to go about it, assuming you bought it at the right time of the year and held it long enough.