While the internet made it possible for items to be copied and shared freely, applying this to currencies would be a bad idea. This would equate to the ability to print money at will and double-spend, which leads to devaluation and inflation.

The internet played a great role in the last many decades in the sharing and publishing of information, and allowed data to be sent anywhere in the world in a flash.

This is excellent in cases like email and social media, but when it comes to digital assets and virtual currencies such as bitcoin, having multiples of the same “dollar”, so to speak, isn’t a good thing.

We talked about the blockchain briefly in the last couple of articles at Who Are Bitcoin Miners and How to Mine Bitcoin. Let’s take a little in-depth look at what the blockchain really is.

“…the blockchain works by allowing data and information to be relayed and distributed, but not copied or duplicated. This is key for bitcoin to function properly in the real world, by preventing an occurrence known as double spending.”

The blockchain was originally designed and created as the underlying technology for bitcoin to function and be transacted in the real world.

The blockchain works by allowing data and information to be relayed and distributed, but not copied or duplicated. This is key for bitcoin to function properly in the real world, by preventing an occurrence known as double spending.

The same principle can be applied to other digital assets of sorts – intellectual properties, smart contracts, bonds, votes, loyalty rewards, and others. Watch the following video for a quick explanation about the real value of Bitcoin and its underlying blockchain technology.

“…programmable money is only the first and one of the applications on the blockchain. The same principle can be applied to other digital assets of sorts…”

Transactions in bitcoin as validated by miners around the world are recorded and added in blocks to previous blocks once roughly about every 10 minutes.

This database of information and history of transactions are maintained and stored in the servers of miners around the world in a peer-to-peer network, and are all continually updated as each block is added to the chain of previous blocks – hence the term, blockchain.

“By having a network of servers spread out across the world, each and every server maintains and keeps record of the entire database in a decentralised distributed configuration. This means that there is no single point of failure often associated with a centralised model.”

It is easy to understand how the blockchain is kept very secure by virtue of its design. By having a network of servers spread out across the world, each and every server maintains and keeps record of the entire database in a decentralised distributed configuration.

This means that there is no single point of failure often associated with a centralised model. If any server or even servers over a large area area destroyed for any reason (war, human intervention, equipment failure etc.), the rest of the remaining thousands (if not hundreds of thousands) of servers elsewhere carry on with the validation work and record keeping on the blockchain.

Any new servers restored later will download a copy of the latest database in the blockchain and resume its duty from that point in time.

It is this decentralised model of the Bitcoin network and distributed maintenance of the blockchain that ensure that no single entity or institution can control it, or shut it down. 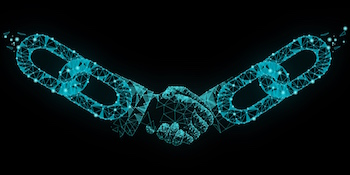 Again, the nature of information stored in interlinking blocks along a chain verified by thousands of servers (or miners) across the world makes for a very secure and transparent ecosystem of transacting value.

For a hacker to alter any data or transaction, he would need to have and override more than 50% of the computing power of all the mining servers in the world, and change not only the data in one block, but all that particular data stored in preceding blocks stretching to as far back as applicable.

Theoretically, a 51% attack, as it is known, is possible, but the amount of resources needed would likely amount to the billions of dollars involving a huge amount of computers (as estimated by security experts).

Such an attempt would only delay a transaction by 10 minutes before it is corrected again by the legitimate servers, and carrying out such an attack may not be worthwhile or practical. (Update: As of the second half of 2017, the amount of resources required to hack bitcoin is estimated to be about US$30 billion).

Validation of new transaction blocks and integrity of the Bitcoin as a whole use the Secure Hash Algorithm SHA256 for their underlying cryptographic hash function.

Bitcoin miners employ huge amount of computing power and resources to create hashcash proofs-of-work in the validation of transactions within the blockchain.

This amount of electricity costs, hardware and computing power and resources is what forms the intrinsic value of bitcoin. In September 2017, it is estimated that it costs between US$1,000 – 2,000 to mine a single bitcoin. In 2019, it is roughly about US$6,000.

Watch the following video to see how the Blockchain is kept infinitely secure through digital signatures and cryptography:

For more information on how hashcash proof-of-work is utilised in keeping the integrity of the blockchain, see Proof-of-Work and Bitcoin Mining Difficulty.