Whether Bitcoin is real or not is no longer a question.

With a growing number of merchants accepting bitcoin as payment, and with over 18.5 million bitcoin in circulation today with a market cap of over US$200 billion, bitcoin is already playing its role as currency and payment method, used by more than 10 million people worldwide.

So how did something like money become so virtual? Is this the evolution of money and is Bitcoin really money heading in the right direction? In other words, is Bitcoin the future of money?

Consider the following scenario describing the evolution of how music is consumed over the centuries:

Now, consider how human communication has changed over the centuries:

Looking at the examples above, history seems to show that as civilisations evolve over the centuries, the evolution of communication and money advance from the tangible to the intangible.

Looking at the diagrams above, the one thing in common as they move from left to right, is that they all ultimately become virtual and become represented by logos and icons of softwares and programs, rather than solid commodities or physical hardware. Applications supersede and become more important than the hardware that they are run on or formerly represent.

Is it any surprise then that money would become programmable in the form of bitcoin and other cryptocurrencies today?

The era of programmable money is already here, and Bitcoin is as real as it gets.

An Argument for Bitcoin

“…store of value is seen to be moving from something concretely intrinsic like cows and gold coins to objects with less or no intrinsic value but hold an authoritative promise, like paper money and credit cards.”

There are people who still find it difficult to grasp the idea of programmable money or digital cash that is wholly virtual and cannot be touched or felt. It might help a little when one takes a closer look at how the nature of money and value has evolved over time.

The history of money is a long and complicated series of events, and the following simplifies it somewhat to a certain degree.

Let’s for a moment assume Aristotle was right and that barter trading had at one time taken place in the civilisation of man. Despite the difficulty of meeting exact requirements of exchange, the true value of something for trade was as actual as it got.

If you wanted a cow, you would look for someone with a cow to trade with what you may have in exchange for. You did not need money as a medium of exchange for that cow. Ask for a cow and a cow is what you will directly get.

Was this better than money? Sure, because the seller would get something he truly needed in exchange for that cow. He would prefer it over something called money and not have to worry if that money was still usable the following day, without a sovereignty to guarantee its value.

“And in that same trend and direction, monetary value is now capable of being stored in even more abstract forms – in virtual digital currency – bitcoin.”

Over time, people realised that it was difficult to have matching goods to exchange, and the idea of a promissory medium of exchange came about. This was represented by commodities with intrinsic value such as gold and silver. The value was in the material itself. The durability, portability and divisibility of precious metals make them suitable materials for store of value.

As portable as gold coins may be, in large quantities, they become impractical. Too heavy to move them around and to make it easy for the people, governments began issuing paper that represented gold. This would later form the basis of paper money that is based on gold reserves.

Somehow, money has moved from something with intrinsic value in precious metals to just pieces of paper that hold a promise and guarantee. People trust paper money as it is backed by the government, hence the term fiat currency.

The gold that was held by the government belonged to the people, with the promise that they could exchange these pieces of paper back to the gold they owned. Paper money was more convenient, even though it wasn’t as durable as gold.

In 1968, President Lyndon B Johnson signed a bill removing gold backing from US paper money, followed by the suspension of the convertibility of the US dollar into gold in international transactions by President Nixon in 1971, thereby ending the Bretton Woods monetary system.

This ultimately led to the creation of new money through quantitative easing and increased spending, eventually leading to greater inflation of money and devaluation of the dollar.

Credit cards then created a means for people to spend money without needing physical cash in hand. By moving ones and zeros across electronically, money had become digital. One could avoid carrying large sums of money around for reasons of safety and convenience.

However, credit cards require the registration of identity and personal information of the user, and therein lies their security flaw. This makes the private information susceptible to being stolen, and identity theft and credit card fraud remain rampant resulting in loss of privacy and money. 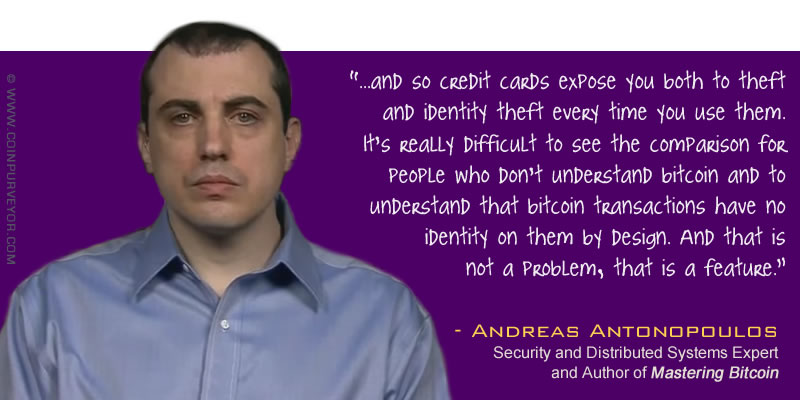 Still, with money being so ubiquitous, an estimated 2 billion adults in the world remain unbanked today due simply to the absence of banking facilities where they live, or due to prohibitive costs that make banking inaccessible to these people.

Bitcoin is already changing all that for these people.

What is interesting to note is that in the short account above, store of value is seen to be moving from something concretely intrinsic like cows and gold coins to objects with less or no intrinsic value but hold an authoritative promise, like paper money or fiat currencies.

And when credit cards and online banking made it possible to spend money or update balances without actually moving physical cash, money became digital.

And in that same trend and direction, monetary value is now capable of being stored in even non-physical forms – in virtual digital currency – in Bitcoin and cryptocurrencies.

So if we already have the facilities of digital money in credit cards and online banking all along, why then do we still need Bitcoin?

Despite being digital, existing online money still carries with it the traditional problems of fiat currencies – its centralised structure of governance, inflationary nature and risks of fraud.

Bitcoin endeavours to solve the major old and new money problems identified above, by:

Bitcoin is still quite early in its development, and although it is already in use and accepted by a number of merchants and businesses, there is still plenty of untapped potential in its real-world applications.

Next, check out the attributes that make Bitcoin the powerful and effective cryptocurrency that it is, and where they can be used.